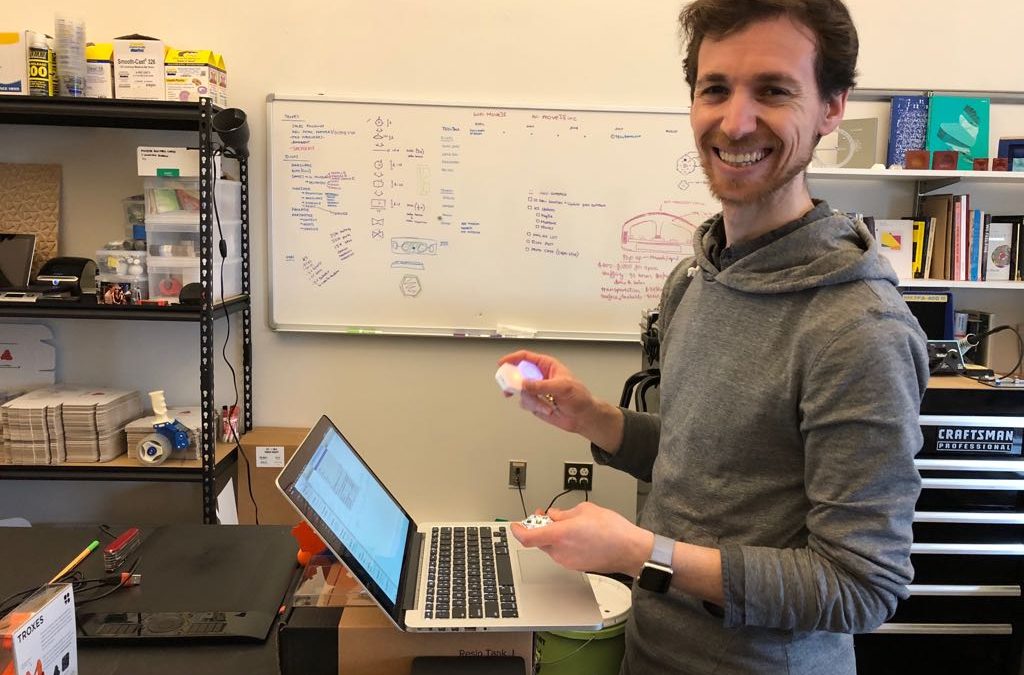 Imagine a board game with pieces that, when combined, would present players with unexpected situations and require responsive action on the players’ part. It would be a simple and fun game, perhaps, if it were not that the “pawns” were powered by artificial intelligence, responding to the touch of the player, reacting quickly among themselves, and “thinking” on their own.

“This game is primarily intended for fun. The basic idea is that you create a tune between players that unites them as a team against an unexpected scenario – in this case, the combination of small enchanted game pieces called “blinks.” This is how Mr. Jonathan Bobrow, a mathematician who has just finished his master’s degree at the MIT Media Lab, explains the game. “When observing nature, you can see the balance between birds in a flock – for example, they take turns leading the flock as they fly, so the one that leads is never the same. When faced in an emergency, animals behave in a very rational manner. They all respond by instinct and know exactly what to do. Humans, on the other hand, panic.”

A Californian graduate in mathematics at UCLA in Los Angeles, Mr. Bobrow likes to define himself an artist. As the creator of several interactive stands in museums, he is an inventor of logic games for which players must interact with one another. One such game, Move 38, is built upon the interaction between human and artificial intelligence through a blinking process of small illuminated game pieces. These “pawns” are flat, luminous, hexagonal-shaped pieces with chips inside that, when moved, communicate amongst each other and to the players as they react to the players’ actions. The aim is to create an alliance between the challengers in order to beat these tiny blinking game pieces. “Starting from the concept that the effect of the combined action of many individuals is not necessarily equal to the sum of the individual behaviors, I wanted to create a game in which the players are dealing with completely unpredictable scenarios in a short amount of time.” He adds, “Today everything is faster. Change happens particularly quickly. Yet the common attitude in of all this change and movement is often quite individualistic, while it should be collective.”  This is what Bobrow wishes. He truly trusts human kind and its abilities. He called this game Move 38, referring to “the 38th move” when, in 2016, Lee Sedol, the reigning champion of Go – an ancient Chinese strategic game for two players – was defeated three times by AlphaGo, developed by Google, finally winning in the fourth and final round. In the second round, AlphaGo made a move that no professional player predicted: the 37th move. “Move 38 represents the human action that, given the circumstance, must react to the machine,” concludes Mr. Bobrow.