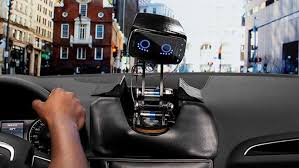 If Filippo Tommaso Marinetti were to write poetry about cars today, he would likely begin with the phrase, “Zzzzzzzzzzzz, ffffffff, ssss”. The poet and founder of the Futurist movement lived from 1876 to 1944, spending a majority of his life in Rome. In much of his poetry, Marinetti would begin by making use of onomatopoeia, and, in 1908, he began reproducing the sound that race car engines made. In these works, these automobiles were not only screaming bodies of steel and iron – they were symbols of modernity, progress, and the future. The automobile continued to hold the title of progress for generations, and remains as such to this day.

Today, the “car of the future” is automatically driven by sophisticated software with a completely electric or a hybrid electric/hydrogen combination. Cars communicate between themselves collecting data, recognizing obstacles, and detecting signals, reacting autonomously to other cars and distinguishing vehicles, persons and animals – all in real time.

Are we far away from this future? We’re closer than we think, but there are many technological questions that we must address and on April 14th, 2018 in Rome, the city of the poet Marinetti, the first Formula E race will be held in the EUR district. At this event, each race car will be powered exclusively by electric engines.

Although this is great progress, we still need to consider the need for:

Throughout this revolutionary shift in the way that we travel, there are concerns remaining in regard to the recycling of batteries, including: which type of carbon fiber is utilized, the various composite materials, and, most importantly, the supply of electricity necessary to power these cars.